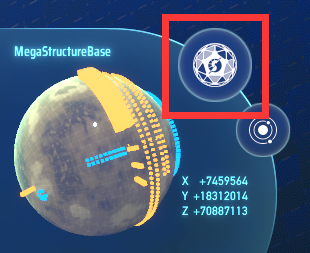 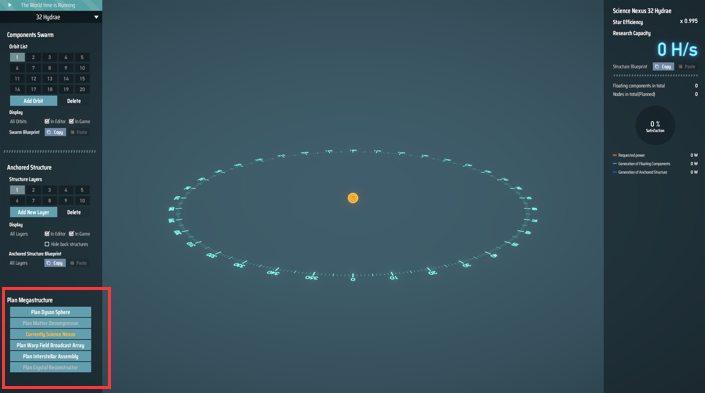 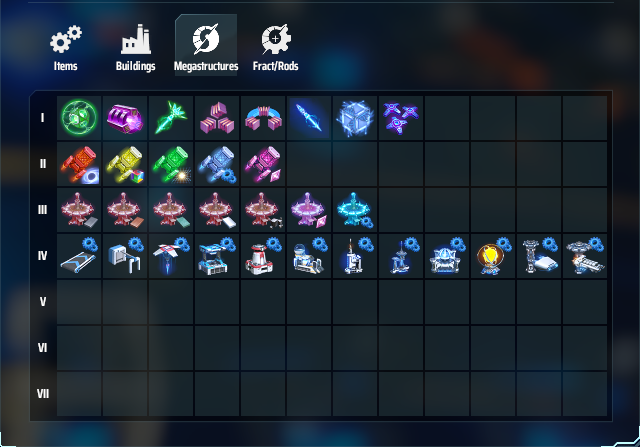 v1.1.5: This mod is now compatible with GenesisBook mod, now if you install both mods, some recipes and pre-techs will be modified appropriately to avoid incompatibility problems.
Fixed a bug that the interstellar assembly might occur "divided by 0" error.    Added internal storage displayment, which shows the specific number of products that cannot be received by the ground station and are temporarily stored in the interstellar assembly itself.    Added a new setting that allows you to adjust the power distribution of the Interstellar Assembly non-linearly. Specifically, the energy distribution ratio can be adjusted more finely (minimum 0.01%) at low distribution amounts.    The Interstellar Assembly's megastructure edit page now displays the Interstellar Assembly's total work speed instead of energy wattage.

v1.1.1: Since the speed of Interstellar Assembly might not be balance, players can now adjust the speed factor in config file.
Fixed a bug that the real speed is much slower than it should be.

v1.0.3: [multifunctional components] can now synthesize [quantum chemical plant].
Receivers can be switched to each other by upgrading (but are limited by the upgrade logic, the intermediate building is necessary when switch buildings with 3 and more levels distance), which MIGHT make this MOD adapt to BlueprintTweaks.
Fixed a text error when entering the Dyson Sphere Editor interface.

v1.0.2: Fixed an issue where some buttons could not be clicked at 2k or higher resolutions.
Provides a config setting that players can turn off the button show and hide animation (so that it will show or hide immediately).

v1.0.1: The button for planning megastructures has been put back in the lower left corner of the megastructure panel. In order to avoid obscuring the original buttons in the game, the new buttons will be automatically hidden when not in use.
Fixed some text errors.
Fixed an error that the star cannon's construction progress is negative.
Increased the amount of metadata production through the Science Nexus in later game.
Tooltips for multi-components that are automatically transported into the inventory no longer pop up repeatedly when editing a megastructure.

v1.0.0: Now, the multi-functional components produced by the Interstellar Assembly can be directly teleported to the mech inventory. See the Interstellar Assembly above for a details.
Now Science Nexus will provide a small amount of metadata according to the speed of producing hash points.
Fix some text error. Move the megastructure buttons to the top to avoid blocking other buttons.
Add Nicoll Dyson beam for mod TheyComeFromVoid. Note that this new megastructure is only available if you have TheyComeFromVoid with version higher than 2.0.0 installed. Science Nexus research speed has been nerfed to 1/3 only in the mod TheyComeFromVoid for balance.

v0.4.0: Change some icons, add some instructions. Fix a bug, which may cause error when you try to open DysonEditorPanel in space.

v0.3.3: Optimize the calculation logic of the output research speed of the science nexus.
Science Nexus can now independently complete the entire process of unlocking any technology.

v0.3.2: The basic research speed of the Science Nexus has been restored to the original version, but the bonus provided by each level of technology has been reduced from 100% to 1%.

v0.3.0: Now the new items (except the receiver buildings) can be seen in the production statistics panel;
Add 2 new receivers to product graphite and optical grating crystal.

v0.2.0: The basic research speed of the Science Nexus has been reduced to 1/10;     Changed some Dyson Sphere text descriptions.